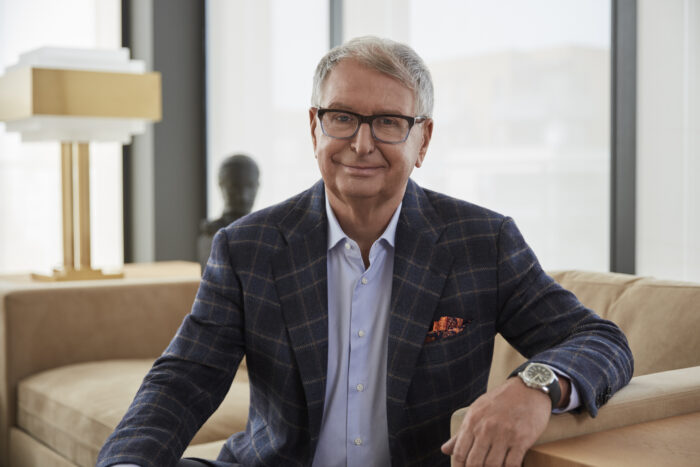 NUR-SULTAN – The Polpharma Group, one of the top 20 leading manufacturers of generic medications globally, has been making a significant contribution to the pharmaceutical industry’s development in Kazakhstan. The company’s input has demonstrated its vital role in the country during the pandemic.

President of the Polpharma Supervisory Board Jerzy Starak spoke about the company’s projects in the country and its development plans in a recent interview with The Astana Times.

Last year marked the 10th anniversary of the company’s partnership with Kazakhstan. Could you tell us about the major achievements over the last 10 years of the company’s activities in the country?

It was a truly remarkable period, remembered for a real breakthrough in the development of the pharmaceutical industry of Kazakhstan. In 2011, SANTO Member of the Polpharma Group with the Chimpharm production site (SANTO) became a part of the international Polpharma Group, one of the largest generic companies in the Central and Eastern European region.

Since then, the enterprise has begun to implement a large-scale investment project worth over $108 million. A new milestone in the history of the company began with the construction and modernization of production facilities.

The implementation of the investment project has turned the production into one of the most efficient high-tech manufacturers in the post-Soviet states, becoming a state–of–the art sterile medicines prouducer in Central Asia.

SANTO develops, manufactures, and supplies affordable high-quality medicines to the markets of Kazakhstan and Central Asia. More than a third of the total volume of medicines purchased under the guaranteed volume of free medical care is produced and supplied by SANTO. The company exports to the markets of Russia, Mongolia, Kyrgyzstan, and Uzbekistan, and meets the needs of the domestic market.

Polpharma has been a member of the Foreign Investors’ Council since 2013. Could you tell us what major actions and recommendations to the President and government of Kazakhstan were initiated and achieved during these years?

In 2011, Kazakhstan became the center of all the commercial activities of the Polpharma Group in Central Asia. SANTO implements international quality standards in its production. Polpharma transfers the technologies to manufacture modern medicines from the Polpharma portfolio to the plant in Shymkent. These medicines are sold in Kazakhstan and other countries in the region.

President Kassym-Jomart Tokayev has repeatedly noted the strategic importance of ensuring medicines’ security in the country, meaning assurance of medicines accessibility to all patients. The President has given the assignment to saturate the market with domestic medicines, and also announced specific tasks to support local manufacturers of medicines. The head of the state said that the country expects to increase the share of its own pharmaceutical production in the country up to 50 percent by 2025. I am confident that SANTO will also make a significant contribution to achieving this goal.

What is your view on the political reforms proposed by the Kazakh President this year?

I join the opinions of experts who believe that the political reforms announced by President Tokayev can become an important milestone in the history of the country’s independence, economic development, and wealth of its people.

The head of the state intends to carry out radical reforms of the entire state system in order to reorganize the political life of the country, as well as transform the state into an organism that more sensitively reacts to current and rapid social transformations to withstand modern complex challenges. I hope that the reforms will further improve the investment climate, help retain and strengthen national independence, and promote the idea of ​​building a prosperous, democratic, and fair Kazakhstan.

It is noteworthy that the Kazakh President focused on the development of the domestic pharmaceutical industry, which is also important for national security. The reforms clearly show that politics, economy, and society are indivisible, and therefore the support of citizens for reforms is vital. Most importantly, Kazakhstan recognizes the peace and well-being of its citizens as its top priority.

How do the recent sanctions imposed on Russia affect Kazakhstan’s pharmaceutical market?

Yes, there are currently certain logistical difficulties on the market with the delivery of API (active pharmaceutical ingredients) and manufacturing materials, but they seem temporary and are more related to general geopolitical uncertainty and the vulnerability of the supply chain post-COVID pandemics. Sanctions do not apply to Kazakhstan directly and in particular, do not relate to medicines and medical materials nor to manufacturing materials needed to produce medicines.

We have however an indirect impact of these sanctions, our markets are facing an increase in the cost of production materials, goods, and services, a raise in transport expenses, and other associated costs.

What kind of medical products does the company produce? How many people work in this area?

SANTO has a portfolio of more than 240 generic medicines in 12 pharmacotherapeutic groups. The company annually expands its portfolio of manufactured products based on market needs. The main groups are aimed at treating socially significant diseases, such as tuberculosis, diabetes mellitus, cardiological, infectious diseases, and other diseases. In addition, SANTO is the largest employer and taxpayer in the pharmaceutical industry of Kazakhstan, and over 1,100 pharmaceutical specialists are employed here.

Tell us about the company’s investments in education and the transfer of technologies.

SANTO is actively investing in additional professional training for its employees. In 2019, the company launched the SANTO ACADEMY online platform, and access to it was provided to the employees from three countries allowing internal and external training, testing and knowledge assessment, online library, holding and recording webinars.

Also in 2019, a unique SANTO Digital Engineering and Education Center was opened at the plant with classes on automation and process control and information technologies. Investment in this center amounted to more than $153,000. On its basis, not only SANTO employees but also university students have the opportunity to gain knowledge. We continue collaboration with the South Kazakhstan Medical Academy and other medical universities and institutions.

How did the company assist the country’s healthcare system during the pandemic?

When the first cases of COVID-19 infection were revealed in Kazakhstan, healthcare personnel and pharmacists faced a shortage of personal protective equipment and disinfectants. SANTO immediately began donating PPP equipment to healthcare professionals. Also, we have done everything to increase the volume of production in order to provide citizens with medicines by supplying medical institutions with antibiotics, cardiological medicines, medicines for the treatment of acute conditions, and respiratory diseases, and also products for symptomatic therapy.

We are a large producer of medicines used in emergency care, proven effective in supporting the care of critically ill COVID patients. In the summer of 2020, SANTO, with the support of Polpharma Group companies – Polpharma and Polfa Warszawa (Poland) and Akrikhin (Russia), organized a one-time import of life-saving medicines not registered in Kazakhstan.

What are the company’s development plans in the mid-term period?

In the last two years, we have been focusing on the company’s mission and values, future development, and modernization of critical processes like digitalization of production, process improvement, and optimization of our research and development of new medicines.

We create a pharmaceutical homeland, where geographic boundaries within the framework of a business project are erased and one company operates on the territory of several states with common standards and culture.

We strive to grow faster than the market, focusing on areas where we have a strong position (for example, cardiology), offering complex medicines that have no analogs in the market, and striving to be an effective company – that would allow further capital investments – and acting as ONE team, openly and responsibly.

We hope to help people to live a healthy life in a healthy world.