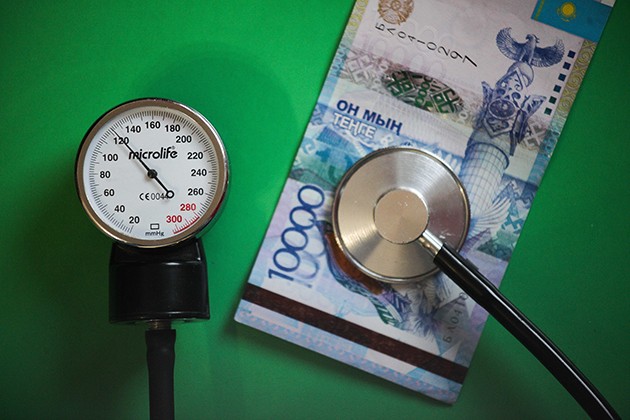 How to regulate drug prices in Kazakhstan

For pharmaceutical companies in Kazakhstan — both local and foreign-the moment of a big challenge has come: the expected changes in market regulation will determine the future of the business. First of all, we are talking about the introduction of price regulation for all medicines. Now the cost of drugs is controlled only in the GOBMP channel — a guaranteed volume of free medical care. Starting in 2019, according to the updated legislation, retail prices will also be subject to regulation. Professional participants of the market believe that it is necessary to find a balance in this issue, and the pharmaceutical industry should be perceived by the state as an industry friendly to the national economy.

Pharma's contribution to the economy

To date, the share of the pharmaceutical industry in the country's GDP, according to official data of the Committee on Statistics of the Republic of Kazakhstan, is approximately 0.14% (over the previous year, this indicator has more than doubled — from 0.06% at the end of 2017). In monetary terms - 72.4 billion tenge, for this amount, basic medicines were produced last year (GDP in general — 53.1 trillion tenge).

"At one time, Kazakhstan adopted a state program for the development of the domestic pharmaceutical industry, in which the conclusion of long — term contracts is indicated as one of the measures to support manufacturers," says Yermek Yasylov, President of the Eurasian Medical Association. According to him, this has had a positive impact on the volume of production of basic pharmaceutical products: over the past 10 years, it has grown 7 times (in 2017, as already mentioned, it amounted to 72.4 billion tenge, while in 2009 it exceeded 10 billion tenge). "But at the same time, despite the quantitative increase, 60-70% of production is accounted for by inexpensive drugs," the speaker comments.

By region, the Turkestan region and the city of Shymkent are the leaders (over 40% of the volume of output), the Almaty region is in second place (24.2%), the third line belongs to Almaty (22%). A significant increase occurred due to an increase in production volumes at the flagship of the domestic pharmaceutical industry — the company "Himpharm" , as well as due to the performance of such large companies as "Nobel AFFF", "Global Pharm", etc.

Despite the increase in production volumes, Kazakhstan is still significantly dependent on imports. Moreover, mainly expensive drugs are imported into the country.

You can make such a comparison of the share of local players in a particular market. In South Korea, domestic manufacturers occupy 92% of the pharmaceutical market, in China-70%, in Turkey-61%, in Spain-52%, in France-49%. In Kazakhstan, domestic producers occupy about 12% of the market in monetary terms and about 30% - in kind. At the same time, the head of state outlined a benchmark: Kazakh enterprises should produce 50% of the medicines needed by the domestic market.

To achieve the benchmark, the domestic pharmaceutical industry needs support and protection. What is the danger of increasing the import of medicines produced abroad? Pricing models in Western markets take into account the solvency of the state or an individual payer in the domestic market. If, for example, a drug is developed and manufactured in the United States or, say, in Switzerland, then the corresponding willingness of consumers to pay is included in its cost. And then, with the mutual export of drugs, the balance is maintained in monetary terms and there is an equal reimbursement of costs. If the drug is imported by Kazakhstan or any other country where the per capita income level is lower than in the producing country, an imbalance arises, and it is clearly not in favor of Kazakhstani consumers and domestic producers.

But it's not just about the profit that the industry can generate for the country due to changes in the trade balance. "This is more a matter of protecting national interests and ensuring drug safety. Even in such pharmaceutical powers as the United States and the five countries of Western Europe, aimed at developing their pharmaceutical potential, where there is a large share of innovations and expensive drugs are produced, these tasks are in the first place. And first of all, they are solved through the release of generics for basic therapy, " says Irina Chublukova, director for the promotion of specialized drugs and market access at SANTO.

As already noted, representatives of the industry are concerned about how the issue of regulating prices for medicines will be resolved in Kazakhstan from 2019.

According to Yermek Yasylov, now the retail channel uses the method of comparison with reference prices abroad. "The cost of a particular drug is considered according to a certain list of reference countries, the lowest price is selected and the price in Kazakhstan is based on it. But the reference prices in these countries cannot objectively reflect the real production costs due to the current cost recovery policy. We do not have such a policy, we have not implemented a refund. It is necessary to think over a policy of price regulation for retail for Kazakhstan without reference to external reference pricing, " the expert says.

One of the options for setting prices, which the state is currently considering for implementation, assumes that pharmaceutical companies, when registering the price of a drug, will disclose the structure of their costs for its production, and the price will depend on this. It should be noted that Russia has some experience in using this model, and by now the regulators of the local market are coming to the conclusion that its effectiveness is low. There is always a risk that one or another manufacturer, which does not manage its costs so effectively, may overestimate the cost of production and get a higher price for its drug as a result. In addition, such a method will not be able to serve as an incentive for manufacturers to optimize their costs, increase efficiency and invest in the development of drugs.

An objective assessment of the contribution of the pharmaceutical manufacturer to the economy is necessary, and it is on the basis of this assessment that the model of reimbursement, that is, reimbursement of production costs, can be applied both in the implementation of GOBMP and in retail sales.

There are five criteria by which pharmaceutical manufacturers can be differentiated according to their contribution to the national economy. The first is the cost of R & D, and taking into account not only technical, but also preclinical and clinical studies. Preclinical studies are usually more expensive than clinical ones. At the preclinical stage, it is possible to take into account the cost of research and development of medicines carried out by Kazakhstani companies, as well as foreign ones — provided that the work is carried out on the territory of Kazakhstan. At the stage of clinical trials, where all phases should be taken into account, it is possible to reimburse the total amount of costs if these works are carried out in Kazakhstan and local enterprises will have the right to produce these drugs (except for those where the rights are regulated by a license agreement). R & D costs also include the total costs of clinical trials conducted in Kazakhstan. An exception in this case may be phase III studies, when patients in the number of more than 1000 people participate and when the effectiveness of the drug is determined in comparison with standard treatment or placebo; however, if such studies are paid for by a Kazakhstani enterprise, then their cost is also proposed to be taken into account in the reimbursable R & D costs.

In addition to R & D costs, the criteria in the cost recovery model are proposed to take into account the cost of production in Kazakhstan (the cost of locally produced products sold and the volume of exports of local products) — this is the second criterion. The third criterion is the number of jobs created and the costs of the enterprise for their maintenance — the total costs of the company for wages and the amount of social payments to the budget. The fourth criterion is taxes paid in Kazakhstan. The fifth criterion can be considered as maintaining the export-import balance.

If, for example, investments and return on investment are not taken into account, and as a result, for example, investment in local manufacturers will be significantly reduced or prices for medicines will be lowered both on the open market and in the public procurement system, this may affect the ability of the domestic pharmaceutical industry to ensure drug safety and contribute to the national economy.

"There is an example of a market where the above criteria are taken into account. Polpharma, one of the largest generic pharmaceutical manufacturers in the world, also receives support from the state. In Poland, there is a very good understanding that if the domestic pharmaceutical industry is not considered as a friend of the national economy and differentiated pricing for medicines is not applied, then when prices decrease, jobs, investments, export potential are reduced, which can ultimately affect the contribution of producers to the country's GDP, " says Irina Chublukova.

In short, according to market participants, it is necessary to develop a mechanism in which domestic pharmaceutical manufacturers and foreign players with the goal of producing products in Kazakhstan would work in conditions of adequate pricing and would be perceived as friends of the national economy. At the same time, Kazakhstan would become a more attractive platform for investment and development of the pharmaceutical industry.